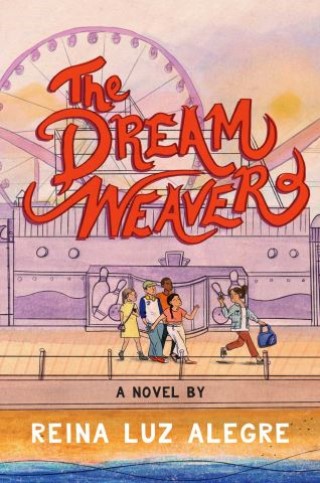 Twelve-year-old Zoey navigates the tricky waters of friendship while looking for a way to save her grandfather’s struggling business in this heartwarming, coming-of-age debut novel perfect for fans of Kristi Wientge, Donna Gephart, and Meg Medina.

Zoey comes from a family of dreamers. From start-up companies to selling motorcycles, her dad is constantly chasing jobs that never seem to work out. As for Zoey, she’s willing to go along with whatever grand plans her dad dreams up—even if it means never staying in one place long enough to make real friends. Her family being together is all that matters to her.

So Zoey’s world is turned upside down when Dad announces that he’s heading to a new job in New York City without her. Instead, Zoey and her older brother, José, will stay with their Poppy at the Jersey Shore. At first, Zoey feels as lost and alone as she did after her mami died. But soon she’s distracted by an even bigger problem: the bowling alley that Poppy has owned for decades is in danger of closing!

After befriending a group of kids practicing for a summer bowling tournament, Zoey hatches a grand plan of her own to save the bowling alley. It seems like she’s found the perfect way to weave everyone’s dreams together...until unexpected events turn Zoey’s plan into one giant nightmare. Now, with her new friends counting on her and her family’s happiness hanging in the balance, Zoey will have to decide what her dream is—and how hard she’s willing to fight for it.

Reina Luz Alegre: Reina Luz Alegre lives in the Miami area with her family. She’s dreamed of becoming an author since the second grade, and grew up to work on various other professional dreams—including as a freelance journalist and lawyer—before debuting her first novel, The Dream Weaver. When she’s not writing, Reina loves to read, sing, and salivate over baking shows. Follow her on Twitter at @ReinaLuzAlegre.