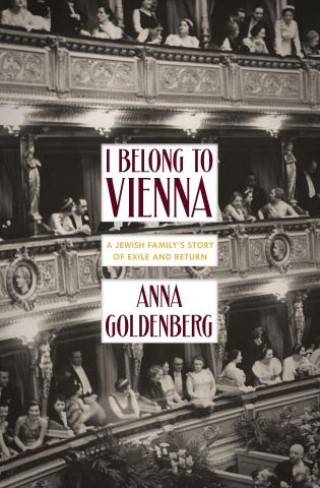 I Belong to Vienna

A Jewish Family's Story of Exile and Return

In autumn 1942, Anna Goldenberg’s great-grandparents and one of their sons are deported to the Theresienstadt concentration camp. Hans, their elder son, survives by hiding in an apartment in the middle of Nazi-controlled Vienna. But this is no Anne Frank-like existence; teenage Hans passes time in the municipal library and buys standing room tickets to the Vienna State Opera. Hans never sees his family again. Goldenberg reconstructs this unique story in magnificent reportage. She also portrays Vienna’s undying allure—although they tried living in the United States after World War Two, both grandparents eventually returned to the Austrian capital. The author, too, has returned to her native Vienna after studying and working in New York, and her fierce attachment to her birthplace enlivens her engrossing biographical history. A probing tale of heroism, identity and belonging, marked by a surprising freshness as a new generation comes to terms with history’s darkest era.