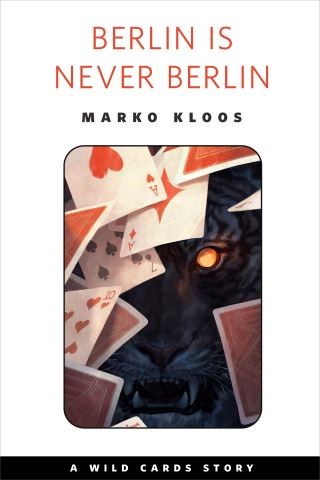 For over 25 years, the Wild Cards universe has been entertaining readers with stories of superpowered people in an alternate history. "Berlin is Never Berlin" by Marko Kloos draws upon the seedier side of the city, beyond the dance club lights and all-night parties, as one bodyguard with a certain feline distinction goes on the prowl....

Khan only had one job: chauffeur and guard an American wealthy socialite and her friends. When his client Natalie Scuderi gets nabbed by the Georgian mafia, this joker-ace has no choice but to go underground and rescue her.

"Losing the man’s daughter on the job would be a fatal black mark on his professional resume. Khan had never lost a client, and he wasn’t about to start a habit."

At the Publisher's request, this title is being sold without Digital Rights Management Software (DRM) applied.

Marko Kloos: MARKO KLOOS was born in Germany and raised in and around the city of Münster. In the past, he was a soldier, bookseller, freight dock worker, and corporate IT administrator before he became a novelist and got ruined for most other forms of work. He's the author of the bestselling Frontlines series of military science fiction and a member of George R.R. Martin’s Wild Cards consortium. Marko lives in New Hampshire with his wife, two children, and roving pack of voracious dachshunds.