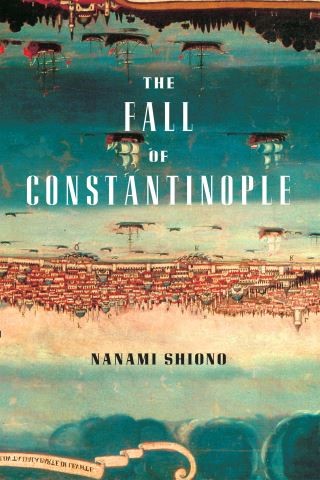 The Fall of Constantinople

The Roman Empire did not meet its end when barbarians sacked the City of Seven Hills, but rather a thousand years later with the fall of Constantinople, capital of the surviving Eastern Empire. The Ottoman Turks who conquered the city aslo known to us as Byzantium would force a tense centruy of conflict in the Mediterranean culminating in the famous Battle of Lepanto. The first book in a triptych depicting this monumental confrontation between a Muslim empire and Christendom, The Fall of Constantinople brilliantly captures a defning moment in the two creeds' history too often eclipsed by the Crusades.

Nanami Shiono: Nanami Shiono is the preeminent author of popular history in Japanese today. In survey after survey, the most powerful Japanese politicians and industrialists (many of whom she counts as personal friends) name her as their favorite author, and she enjoys a degree of influence in public discourse that few authors anywhere could hope to match. In 1970, the same year she won the first of many literary awards for her early masterpiece Cesare Borgia, or Elegant Cruelty, she moved permanently to her adopted home of Italy. Although she first rose to prominence as an author of works set in Renaissance Italy, her expertise has widened to include the Mediterranean as a whole, as well as ancient Rome (which she treats in her bestselling fifteen-volume history, The Tale of the Romans). The East Mediterranean Trilogy, completed in 1987, remains among her most enduringly popular works. The first volume, The Fall of Constantinople, is available from Vertical, as well as The Siege of Rhodes and the last volume, The Battle of Lepanto.